The other day in a mail consolidator I am a member of, Ce Ce Moore left a request for volunteers to help the company she works for improve their system that generates estimated phenotype traits for their customers.

Do you want to help Parabon fight crime and advance science? If so, please consider joining the Snapshot DNA Phenotypic Trait and Ancestry Study. All you need is (1) an iPhone and (2) a little bit of uninterrupted time to complete the in-app instructions. If you have an existing genotype file from a consumer testing site (e.g., 23andMe, AncestryDNA, FamilyTreeDNA, etc.), you can donate it to the study too and elect to receive a free Snapshot DNA Ancestry Analysis report. To learn more visit: https://parabon-nanolabs.com/volunteer/. If you have any questions or don’t have an iPhone, please check out the FAQs linked on that page. For questions not answered in the FAQ’s please email: snapshot-research@parabon.com

The goal is to improve the algorithms overall using aggregated data from the participants, not to add to a genetic genealogy database to identify specific suspects through genealogy (please upload to GEDMatch and or FTDNA if you want to contribute in that way). A lot of questions about the Parabon Snapshot study are answered here:
https://parabon-nanolabs.com/volunteer/study-faq?fbclid=IwAR11EBfdN2zF2_SgPH1RagVynvZzdP8tKzhqA4H3y6Dz5j8YW1bzVNMnB0c#no-iphone 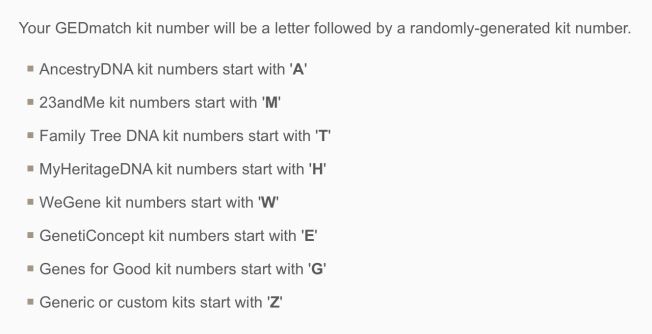 Dr. Vijg, an expert on aging at the Albert Einstein College of Medicine, says humans will never get older than 115. The paragraphs below are from this New York Times article.

Some of those improvements have come from quitting smoking and having better diets. Antibiotics and drugs for chronic disorders like heart disease have also helped. But all of the improvements of modern life, Dr. Guarente and others argue, have not turned back the underlying biological process of aging.

Based on his own experimental research, Dr. Vijg describes aging as the accumulation of damage to DNA and other molecules. Our bodies can slow the process by repairing some of this damage. But in the end it’s too much to fix.

“At some point everything goes wrong, and you collapse,” Dr. Vijg said.

The best hope for our species is not to extend our life spans, Dr. Vijg argues, but to lengthen our years of healthy living — with healthy habits and perhaps drugs that can repair some of the cellular damage that comes with time.

You know how…. the old standards do work. Watch your diet, do regular exercise, beware of stress (perhaps meditate) and visit your doctor at least annually.

“Your experiences today will influence the molecular composition of your body for the next two to three months, or, perhaps, for the rest of your life. Plan your day accordingly.” – Steve Cole

CRISPR is a genetic editing tool. The name stands for Clustered Regularly Interspaced Short Palindromic Repeats. The CRISPR interference technique has enormous potential application, including altering the germline of humans, animals and other organisms, and modifying the genes of food crops.

(germline in organisms refer to those cells that may pass on their genetic material to the progeny. For example, gametes such as the sperm or the egg are part of the germline.)

In the current thinking, many people feel that using CRISPR to modify germline cells in humans would be wrong. The fear is that we would be stepping into the world of “designer babies”, especially where the rich “one percent” would be able to create a master race, similar to Hitler’s breeding program.

The alternate view is that we could use CRISPR to eliminate genetic diseases, removing BRAC1/2 cancer causing genes for example, from a family line. We could potentially stamp out many of our most formidable illnesses.

Using CRISPR to modify food crops is much less controversial. We could, for example, eliminate the spoiling/browning of apples, bananas and mushrooms. Or we could create drought tolerant plants, useful in the global warming scenarios.

My view? Go for it! Eliminate diseases and the need for deodorant, stamp out mosquitoes, and let me be healthier longer.

A recent discovery in the news is the Klotho gene which seems to boost brain function and adds to longevity. About one in five people have the good variant.

If you tested at 23andme, you can find out if you have it by checking the SNP at rs9536314, the protective variant is the heterozygous one, GT, while the normal variant is TT. The homozygous version, GG, appears to be deleterious.

This link describes the basics.
http://blog.kittycooper.com/2014/05/klotho-a-gene-for-longevity-and-alzheimers-protection/

Naturally, I had to check with some of my friends to see who “got lucky”!

I got a kick out of what Ray Kurzweil had to say: http://www.kurzweilai.net/anti-aging-gene-also-enhances-cognition

The study of genetics is new.  Accordingly, saying that such and so disease or trait is “genetic” is still subject to much study and testing.  Sometimes being able to say whether you have wet or dry earwax (identified by SNP rs17822931) will be almost as much fun as sharing your astrological sign.   With much tongue-in-check, we checked some family members to see if they have risk factors for “misophonia”.  People who have misophonia are most commonly angered by specific sounds, such as slurping, throat-clearing, nail-clipping, chewing, drinking, etc..

According to a 23AndMe study the SNP rs2937573 is near the gene TENM2 and seems to be associated with misophonia among people of European ancestry. The SNP plays a role in brain development. The trait “sensitivity to the sound of other people eating” was found to correlate with allele values thusly: GG = higher odds, AG = average odds, and AA = lower odds.

In my family, the values seem to be opposite what they should be. Ah well, I am just the reporter…

Read more at this article.

BTW, I am not making funny of this science.  I really enjoy learning at the leading edge.  But I am a Sagittarius and enjoy having fun while being serious. 🙂

Getting back in the grove… cleaning up old news, for memory sake. Will add more later.